Which Park is the Best at Disney World?

When most people think of which park is the best at Disney World, they think the Magic Kingdom. Cinderella Castle, It’s a Small World, Thunder Mountain, Splash Mountain, Space Mountain and many other famous rides can be found at the Magic Kingdom park. In my opinion, Magic Kingdom is the best park of Disney World if you are coming with small children. There are so many rides for kids of all ages but especially for younger kids. You won’t find many rollercoasters or scary rides here that might intimidate super young children.

No matter what time of year you come to Disney, there is always something magical to see at the Magic Kingdom. During the holiday season, there are special events happening all the time. During the Halloween season, there are Halloween decorations all over the park and it is beautiful. Also, during Christmas time the Magic Kingdom transforms into a Holiday wonderland. You can meet with your favorite Disney characters, eat all the theme park food your heart desires, and get some really fantastic family photographs.

If you are not coming with any children, this might not be your favorite park. Many of the rides cater to young children. The majority of rides at Magic Kingdom are “story telling” kinds of rides. On these rides you enter into a telling of the Disney stories. It is definitely fun to see all the stories come to life. Also, children will absolutely love that part. So, for that reason the Magic Kingdom is my pick for which park is the best at Disney World for families.

My personal choice for which park is the best at Disney World has to go to Animal Kingdom. This park has always been my favorite ever since I was young. Not only do you get to see animals, but you really experience different cultures from around the world. With sections of the park dedicated to Africa, Asia, the Avatar World of Pandora and even dinosaurs, there is something here for everybody. This best park of Disney World definitely is a winner in my book.

The Kilimanjaro Safari is definitely my personal favorite attraction. You are taken on a real safari through the wilds of Africa and see so many different animals roaming around in open spaces. You’ll see everything from giraffes, elephants, zebras, lions, crocodiles and so much more. Animal Kingdom even offers up some more thrilling rides like Expedition Everest, a roller coaster where you escape the yeti of Mount Everest. This one is a must ride for thrill seekers.

Within recent years, Animal Kingdom park has expanded to include Pandora: The World of Avatar. In this new expansion to the park, you get to step straight onto the alien planet of Pandora from the popular film Avatar. Gaze in awe at the floating mountains, ride on the back of a banshee, and take a river boat cruise through the bioluminescent jungle. I personally am a huge fan of the Avatar film so this part of the park was super exciting to be in. The rides are really fun and just walking around seeing all the alien plants and water features is really fun.

Epcot, or Experimental Prototype Community of Tomorrow, is a very unique and interesting park. Half of the park is dedicated to showing glimpses into what life will look like in the future at Future World. The other half takes you around the world to show cultures from all over the world in the World Showcase. Both are an incredibly fun additions to contenders for the best park of Disney World.

In Future World, you can do everything from fly to space to race cars on a test and even learn all about space travel. There are many trilling rides in Future World, including a space simulator that really feels like you are flying into outer space. Ride with caution, this was definitely a little too much thrill even for me. My personal favorite ride in Future World is Soarin’. On Soarin’, you hang-glide all over different parts of the world with spectacular views. The simulation is so realistic that you truly feel as though you are flying through all of these exotic areas. Definitely worth trying out!

At the World Showcase, you will walk through 11 countries from all around the world. In these pavilions, you will see everything from cultural architecture to cuisine and artifacts and more. The countries included in the World Showcase are Mexico, France, Japan, China, Germany, Canada, Norway, Morocco, Italy, the United Kingdom and the United States. One of the most popular rides at Epcot is Frozen Ever After located in Norway country and based on the Frozen film franchise. Other than that, the World Showcase is not as ride heavy. Instead there are fun things to see and learn about the world.

Depending on the time of year you are visiting, there are very often different festivals happening at Epcot. The most popular festivals at Epcot are the Food & Wine festival and the Flower and Garden festival. At both of these, you will be able to sample tastings from booths setup all over the World Showcase. At these booths, you will find specialty food from all over the world. It’s a really fun way to spend time at Disney World. Epcot is definitely which park is the best at Disney World for adults.

Hollywood Studios, previously MGM Studios, is our fourth and final theme park on this list. As far as Disney World Best Park listing goes, I always skip Hollywood Studios. I have been a few times before but it is just not my personal favorite. The concept of Hollywood Studios is that you are stepping foot into the world of movies. Here you can see real life sets and experience everything about the world of film. Admittedly, I haven’t been to Hollywood Studios in a few years so things may have gotten a bit more interesting.

Within recent years, Hollywood Studios has seen some major expansion in the form of both Toy Story Land and Star Wars Galaxy’s Edge. If you are a huge Star Wars fan, then obviously you will love this theme park. I was never one who cared much for Star Wars and I haven’t been yet to see the new themed Galaxy’s Edge park. But I have heard that if you love the Star Wars films, then you will love it. While this falls low on my list for which is the best Disney World Park, I’m sure that there are plenty of reasons that you could enjoy it!

Which Park is the Best at Disney World: Water Park Edition

Walt Disney World in Orlando Florida is home to not only four major theme parks, but also two water parks. Water parks are fantastic way to spend a day at Disney World. For the majority of the year, Disney World is incredibly hot. Because of this, water parks are a fantastic way to still have a fun park day while cooling off. During the peak of the summer months, the heat in Orlando Florida can definitely get to be a bit unbearable. Cool off at one of Disney’s Water Parks.

My personal pick for which park is the best at Disney World for Water Parks definitely goes to Typhoon Lagoon. At the time of writing this, Typhoon Lagoon is unfortunately still closed. Typhoon Lagoon closed in 2020 during the COVID-19 pandemic and has yet to reopen. I am optimistic that Disney will be reopening Typhoon Lagoon shortly though.

In addition to the amazing wave pool, this water park has some amazing theming. Great food, great atmosphere and lots of relaxation going on. Typhoon Lagoon offers a great mix of options for people who want to relax as well as thrill seekers. There are some fantastic water slides at this water park. I can only hope that Typhoon Lagoon reopens very soon so that you all can experience it and fall in love with it the way I did.

Also, some of the best food in all of Disney World can be found at Disney Springs. There are so many different types of cuisine to be found in Disney Springs, it can be hard to choose. Some very popular restaurants in Disney Springs are The Boathouse, Paddlefish, Raglan Road, Rainforest Cafe, and T-REX. Many of the restaurants here have specials themes and different price points to suit any taste and budget. In addition to full restaurants, there are food stands all over Disney Springs for quick service, take away options.

Along with all of the great restaurants, you can also find live entertainment at Disney Springs. There are multiple live music pavilions that play free live music throughout the course of the day and evening. One of the best ways to see Disney Springs is to simply wander around and you will definitely stumble on something fun to do.

Check out my full guide to Disney Springs and what to do there here.

Which Park is the Best at Disney World Conclusion

I really hope this guide has helped you determine which park is the best at Disney World for your family vacation. Whether you are a large family with multiple children or just a couple looking to experience the magic of Disney World, one of these parks is sure to be your favorite. If you found this blog post helpful, please share it with your friends. Also be sure to follow me on my social media accounts to stay up to date with all of my new content! Thank you so much for reading! 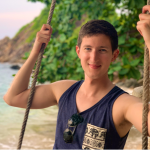 15 Things to Do in St. Petersburg FL-St Pete Downtown Guide